As members know, we were forced to postpone our 14th AGM due on 16th May last because of the pandemic lockdown. We had booked the meeting to take place instead on Saturday, 10th October, at The Stables, Cromarty, but we have now been compelled by the latest Covid-19 restrictions ordered by the Scottish Government on 10th September to cancel the meeting for a second time.

We propose instead to call a SPECIAL GENERAL MEETING instead on the same date, 10th October, to be managed and run via email by the Secretary on his own, with the assent of the membership. Enclosed within the next edition of Hugh's News will be forms inviting you to:

1. Approve the appointment of the Secretary as your proxy to attend and vote on your behalf.

2. Cast your proxy vote for the election of the Friends' office-bearers and Membership Committee.

3. Accept, reject or abstain on the Secretary's Report and the Treasurer's statement which appear in the four-page insert into this edition of Hugh's News.

There will be no other business put to a vote. Views concerning the contents of these documents will be invited for discussion by the Management Committee at a later date.

Documents produced by the Friends' consultative committee relating to the Miller Retold HMBCM refurbishment project will be circulated prior to the meeting. Our previously invited speakers, Raoul Curtis-Machin, Culloden Development Manager, and Alix Powers-Jones, Property Manager, HMBCM, will be asked to render brief statements to the SGM in response, and members' views will also be sought.

We are sorry the opportunity for good, constructive discussion on the major issues at stake, both for the Museum and the Friends, has been lost for a second time, but we hope you will be able to take part in this SGM, which is in the nature of a "stopgap."

The Friends of Hugh Miller and the Edinburgh Geological Society are delighted to host the 2nd Nigel Trewin Memorial Lecture, in memory of Professor Trewin’s many contributions to understanding the geology of Scotland.

Title: Chip Shops and Drain Cleaners: The Weird World of the Triassic 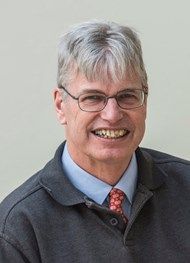 The Triassic is notorious for some of the strangest vertebrates ever to have lived. Fossil assemblages around the world exhibit incredibly different types of fauna both in the terrestrial and marine realms. What brought about this remarkable diversity and why is it particularly relevant to our understanding of today’s terrestrial ecosystems? Nick Fraser will attempt to provide some insights into a range of very different Triassic assemblages from around the world.

The lecture will be held online using the Zoom platform. Friends members will be notified privately by email of the meeting's code number, ID and password.

Members of the public can book your tickets for the Nigel Trewin Memorial Lecture now: Chip Shops and Drain Cleaners: the Weird World of the Triassic, via this link:. Its Free!