FOSSIL HUNTERS - Unearthing the Mystery of Life on Land

Discover how life on earth moved from water on to land 360-345 million years ago through ground-breaking discoveries made in Scotland.  The exhibition at the National Museum of Scotland includes finds made as recently as 2015.

Why is this important?

Until recently no fossil evidence had been found to explain how vertebrate life stepped from water to land, leading to a gap in our scientific knowledge of evolution.  In 2008, palaeontologist Stan Wood uncovered a number of fossils which began to reveal this key chapter in the history of evolution, including a notable amphibian specimen nicknamed ‘Ribbo’. Spurred on by these finds, researchers from National Museums Scotland and institutions around the country have been working together to uncover more examples in Scotland.

For more details check the NMS's own site. 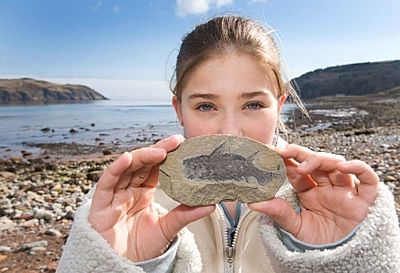